Astral Out-of-Home, a division of Bell Media, will, in November, 2015, launch TSA Interactive, an innovative new advertising opportunity whereby an interactive screen will be part of a regular static poster advertisement featured in transit shelters. 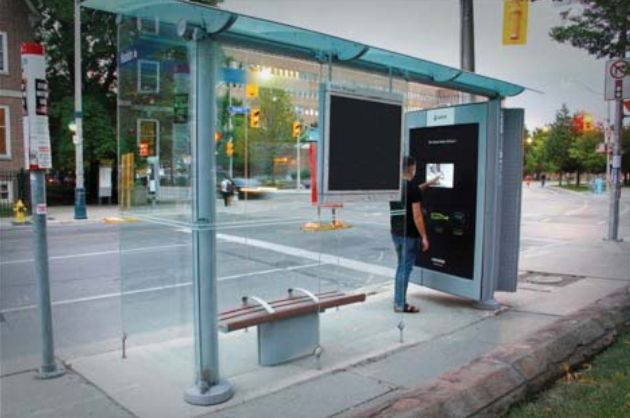 The 22â product provides video and audio inside the transit shelter to engage consumers. A first for Toronto transit shelters, TSA Interactive will launch with 10 portable screens across the city in high traffic locations selected by clients. Designed to bring advertising campaigns to life, the screens interact with the public through a touchscreen situated in the middle of the poster ad. The system can provide a variety of consumer content, such as movie trailers, new car features, mortgage calculators, and concert listings, among others.

Consumer reaction to TSA Interactive at several test sites around Toronto has been extremely positive, with 90% of users saying they would like to see more of the screens in transit shelters, and 84% stating they would use the touchscreen again. Nearly 100% of the respondents agreed that the interactive screens position Toronto as an innovative and modern city.